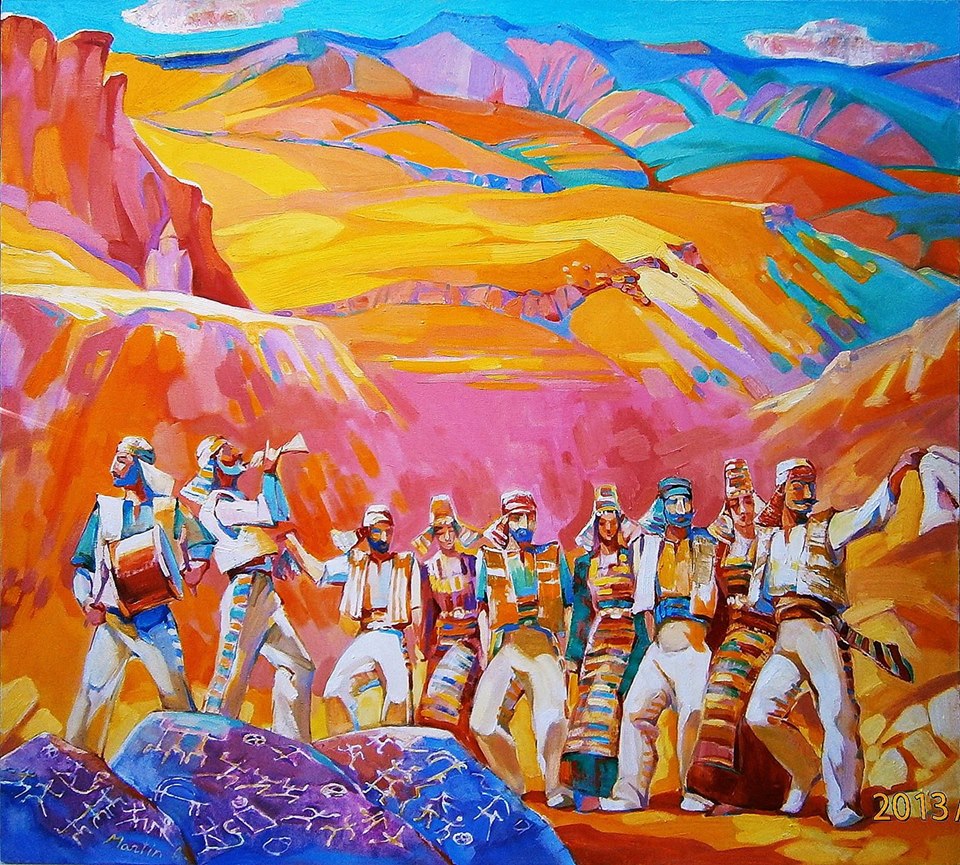 Travel to Armenia with Armenia Holidays and you will see the most traditional dances in Armenia.

Dance is a way of expression of nation’s nature and aesthetical mentality. Traditional dances reflect national psychology, character, worldview and national outlook on life. Armenians have been taking their dancing art through centuries despite various difficulties that struck them.
Armenian dance originated from pre-Christian times in Armenian Highlands when Armenians were pagan. Armenian dances passed down through the generations with some changes, however preserved their structural, musical and moving features.

According to their types, Armenian dances are divided into mythical, epic, lyrical, worshipping, working, military, hunting etc.
Let’s have a look at some of Armenian national dances.

Kochari is best known Armenian group dance inscribed on the UNESCO List of the Intangible Cultural Heritage of Humanity. 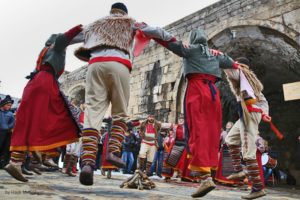 Kochari is the imitation of ram’s movements and symbolizes strength, power and ram fighting soul. Initially it was the dance of military or ritual victory and was performed by men. Nowadays it is performed during different celebrations by people of any age, gender and social status. There are dozens of types of kochari because every region of historical Armenia had its type of this dance such as Karno kochari and others. Kochari is one of the rare traditional dances whose chain of transmission has never been interrupted.

To promote folk dances among the people all over the world and in honor of 2800th anniversary of capital Yerevan and 100th anniversary of the First Republic of Armenia in 2018 “Ari pari kochari” (“Let’s dance kochari”) project was started. The project is actually a flesh mob during which all over the world Armenians gather in squares and parks and dance kochari altogether.
The legendary kochari was danced at the walls of Reichstag in Berlin in 1945 during the 2nd world war by Armenian men as a symbol of victory.

Yarkhushta is an Armenian military dance performed only by men in Sassoun province of Western Armenia. According one of the several etymologies of the word “yarkhushta” it means “the friend of a weapon”. In ancient times the army used to dance it before the battle. The dance looks like a single combat between two soldiers attacking each other. Yarkhushta is a warrior dance known from early Middle Ages mentioned in some Armenian historians’ works such as Movses Khorenatsi (5th century AD).
Yarkhushta is one of the Armenian traditional dances which hasn’t undergone a lot of modifications having passed through the centuries. 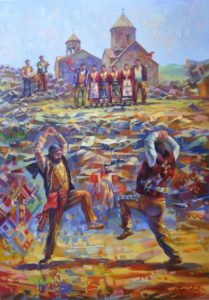 Another famous Armenian military dance is berd which translates in English as “fortress”. The dance comes from an old Armenian city called Vaspurakan. People say that before becoming a dance it was a game named Gmbetakhagh (Dome game). The dance is performed by men only. The main feature of the dance and the reason why it is called so is that at the culmination part of the performance the dancers stand on each others’ shoulders thus making a defensive wall of the fortress. This is the only dance in the world which has such a unique structure. 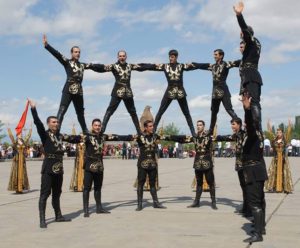 Every event in ancient Armenia had its traditions and dance. Shavali is a dance which was performed by the relatives of the bride during the weddings. The dance was mainly danced in Karin province of Western Armenia. Usually during the wedding the relatives of the bride were more passive and they did not dance much. So, this dance is a must wedding dance during which the dancers, who must be only happy and married persons, stand in a circle (the head dancers “parbashi” were the bride’s parents) and dance holding each others little fingers. Shavali was performed both by men and women of average age. 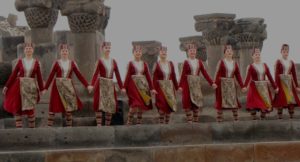 Ejmiatsin is a cult worshipping dance originated in Karin province. Although it comes from pagan times (supposedly the dance was dedicated to the worship of Sun) now it is called by the name of the main Cathedral of Armenian Apostolic Church in Vagharshapat city- Holy See of Ejmiatsin. Ejmiatsin is danced in circle which is becoming narrow and widens back. Narrow circle symbolizes sunset and when the circle becomes wide again it symbolizes sunrise. 12 steps with bending movements (6 to the right and 6 to the left) were the worshipping signs to the zodiacs in pre-Christian period or 12 apostles after adopting Christianity. As right side was the symbol of luck and left- ill-luck it is supposed that dancers making steps to the right and forward wanted to save luck inside the circle/community and going to the left they refuse everything negative. In other words, Ejmiatsin dance is kind of pray of the church or community. 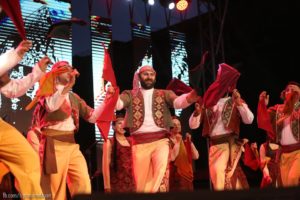 To push away everything negative ancient Armenians danced papuri, where papara means to break, crush or punish. The dance is full of movements hitting the ground or clapping which according to the ancient beliefs helped to get rid of evil or negativeness. Papuri is performed by people of all ages, gender and social status. The dancers stand shoulder to shoulder and move to the right making steps and hitting the ground. The first part of the dance is slow then it becomes more active and the steps transfer to jumping movements. The main meaning of the dance is to make a community and unite people against evil. 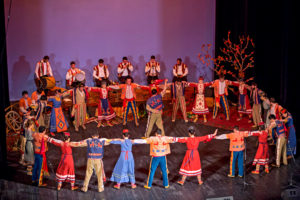 In Armenian culture dance is a way to make people united and help to get positive energy. Along with unity dance is a way to teach patriotism. To promote and make popular Armenian national dances among young people and all population in some schools around the country the children are taught those dances.

“We and Our Dances” is another wonderful initiative organized by Karin Folk Song and Dance Ensemble in the frames of which the dancers of the ensemble with its founder and creative director Gagik Ginosyan teach Armenian National Dances all who wish. The event takes place on the last Friday of every month since 2005. During summertime people can join them in Cascade complex in Yerevan. 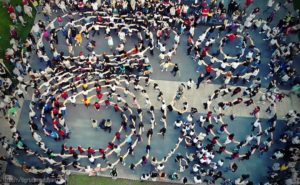 One can see there hundreds of young people and even tourists enjoying the evening by learning Armenian folk dances. There are also plans to integrate Armenian National military dances into Armenian army educational system. Today Karin ensemble have already succeeded in various projects in Armenia and out of the borders of the country and they continue their activities in restoring the traditional Armenian culture in everyday life.

Join Armenia Holidays and have the opportunity to explore Armenia!