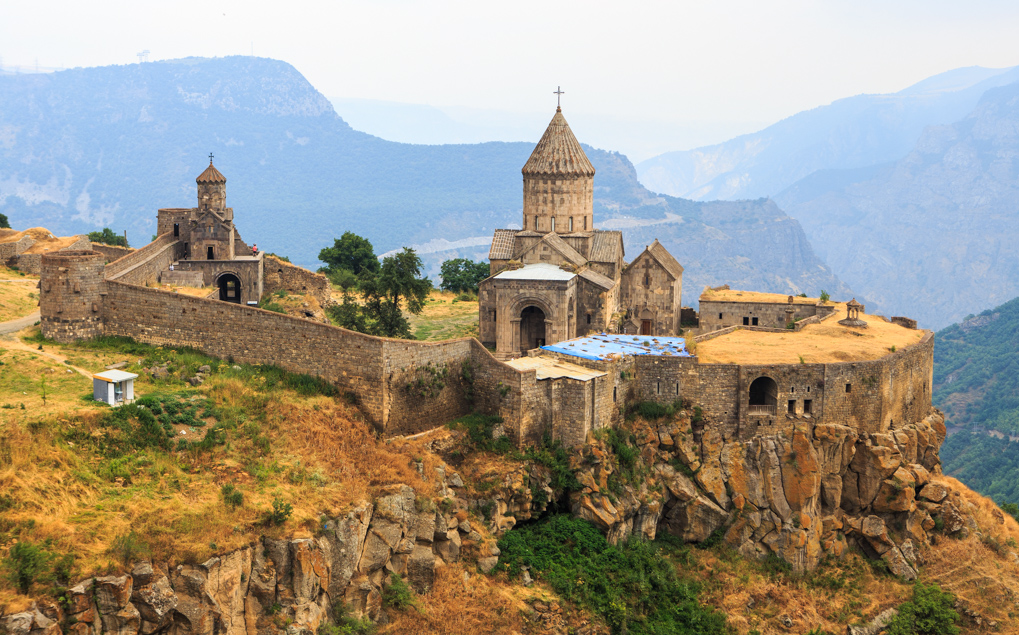 Tatev Monastery in Armenia is one of the oldest and most famous monasteries in Armenia, the construction of the monastery began in the 9th century.

The history of the name Tatev

Who and when gave this name to the monastery is unknown, therefore there are many legends. One of the legends says that a worker, who, without the permission of the master, installed a cross on the top of the church, saw the angry master and jumped down into the gorge with the words “Ta Tev”, which means “give wings”.

The monastery is located in a very picturesque place on a cliff and harmoniously blends into the natural landscapes. Here you can wander among the walls, walk along narrow passages leading to the viewing balconies with views of the gorge. The place is very popular, organized excursion groups come here every day.

Tatev was founded at the end of the 9th century by the rulers of the Syunik region. At that time, the Arab influence on the country weakened, and the new monastery was a symbol of the revival and ambitions of the Armenian kingdom.

Tatev immediately became the religious centre of Syunik, and in the Middle Ages, the largest university at that time was founded here, where not only theology was taught, but also physics, mathematics, astronomy, history and other sciences.

There are two ways to cross the mountain gorge of the Vorotan River: go down the dizzy serpentine and then climb the same way to the monastery, or use the cable car.

It was opened in 2010 in the framework of the project on the revival of Tatev and at the same time was entered into the Guinness Book of Records – the length is 5752 meters, and the height above the ground is 320 meters! It is the longest reversible cable car in the world.

The cable car was built by an Austrian-Swiss company and made very well, the sensation as if it hit Europe: neat lawns, a cafe with a great view, Wi-Fi on the territory. The whole journey takes only 12 minutes, about 15-20 people are placed in the cabin, there is even a “stewardess” there. 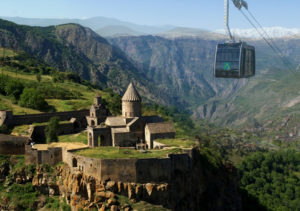 What to see and do more

It is quite interesting to walk around the neighbourhood and see how rural Armenia lives.

At the lowest point of the Vorotan river, you can see the Devil’s Bridge – an amazing phenomenon of nature. for many years, the water has broken its way into the rocks, and this natural bridge has been formed, which now passes through the highway. 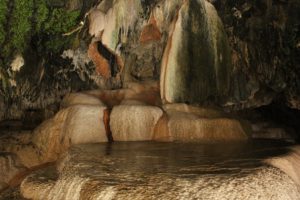 Vorotan gorge itself is worth a stroll here – steep cliffs and slopes are overgrown with forests, a turbulent river flowing in a quaint canyon. From the bridge, you can go deep into where you can swim in the springs or go down to the bottom of the canyon by the rope.

It will be great if you find yourself in Tatev when one of the holidays takes place, for example, at the beginning of June, a sheep shearing festival is held, and on February 13, the feast in honour of the Meeting of the Lord is celebrated. 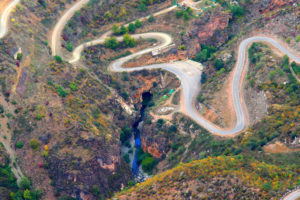 Make sure to take our tour to Tatev and enjoy your holidays with Armenia Holidays – one of the leading tour operators in Armenia.